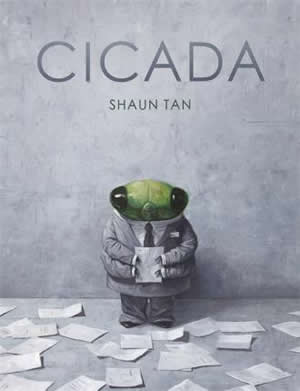 Cicada By Shaun Tan, Hachette Australia, 2018. ‘Cicada tell story. Story good. Story simple. Story even human can understand. Tok Tok Tok!’ Cicada is written very differently to other children’s books I’ve read. Its staccato text is reminiscent of people who have English as a second language. Tok Tok Tok! We feel sorry for Cicada as he works hard all day for very little pay and poor conditions. He is bullied by his coworkers. Tok Tok Tok! The repetition of Tok Tok Tok! works well. During the pages where Cicada is tormented by his life and his workplace, the illustrations only appear on the righthand page with the simple text on a white lefthand page. Until Cicada retires from his office job…then we see full-colour double-page spreads with no text, where we watch cicada transform! This is also an unusual approach to a kids picture book. The illustrations by Shaun Tan, as always, are artistic masterpieces. Cicada Book Trailer 0 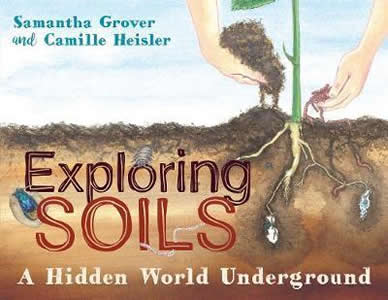 Exploring Soils: A Hidden World Underground By Samantha Grover and Camille Heisler, CSIRO Publishing, 2017. ‘Have you ever wondered what happens in the earth underneath us?’ Journey with James as he learns that there is more to dirt than meets the eye. James wants to be a soil scientist, and he explores the ‘hidden world underground’. He learns about the differences between clay, silt and sand particles, and discovers what each soil type can be used for. Exploring Soils: A Hidden World Underground takes children on a journey into and under the earth. A wonderful resource not only for parents and grandparents but also for pre-school and primary schools. Teacher’s notes are also available from the CSIRO. The illustrations are drawn sensitively, and the level of detail in the insects is impressive. Ideal for the budding gardener. As an adult, even I learned things from this book! For example, I had never heard of Clorpt before 🙂 Suitable for ages 6 to 9 years. The book raises questions, such as: What is soil? How does it change? Why is it important? What can we do with soil? Awards Children’s Book Council of Australia 2018 notable books under the Eve Pownall Award for Information Books….